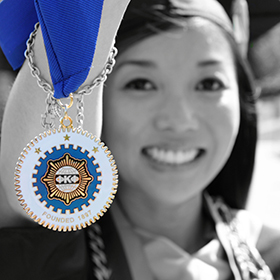 Phi Kappa Phi was born different. In 1897, 10 senior students, 2 faculty members and the University of Maine president created a new kind of honor society, one that recognized excellence in all academic disciplines.Today, Phi Kappa Phi continues to recognize and promote academic excellence in all fields of higher education. Check out our latest news to see how the Society is making headlines more than 100 years after its founding.

Phi Kappa Phi was born different. In 1897, 10 senior students, 2 faculty members and the University of Maine president created a new kind of honor society, one that recognized excellence in all academic disciplines.Today, Phi Kappa Phi continues to recognize and promote academic excellence in all fields of higher education. Check out our latest news to see how the Society is making headlines more than 100 years after its founding.

News and announcements from The Honor Society of Phi Kappa Phi 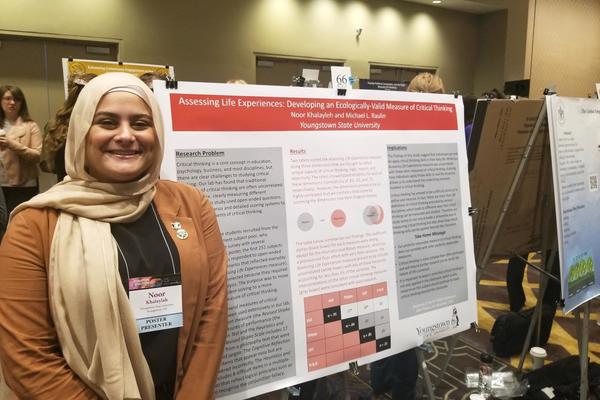 Honor Society - Jan 9
Citadel's Paul Rhyne ranks among top 10 Army ROTC cadets in America
Cadet Paul Rhyne II is among the top ten Army ROTC cadets in the nation, and "above the best" according Maj. Gen. John Evans, commanding general at the U.S. Army Cadet Command. As part of an annual video countdown of the top ten cadets, Army ROTC command announced on November 16 that Rhyne is #7. Rhyne will accept an Army commission to become an officer prior to graduating in May and is being assigned to the aviation branch. He is a pre-med Biology major from Irmo, South Carolina where he attended Dutch Fork High School. Rhyne is a member of the Phi Kappa Phi academic honor society, the Pre-Med Society and The Citadel Flying Club. He has earned gold stars for academic excellence while at The Citadel among other honors, and serves as a cadet officer. Each fall, the U.S. Army Cadet Command selects ten college seniors for its national order-of-merit list. Rhyne's accomplishment marks the third consecutive year an Army ROTC cadet from the South Carolina Corps of Cadets has earned a slot in the top ten. In 2018, Cadet Matthew Wilder earned the #2 position and in 2017 Robert Weigand was #8. The order-of-merit list is compiled based on several criteria including grade point average, performance on the Army Physical Fitness Test, college athletic participation and performance during college ROTC training and Advanced Camp at Fort Knox, Kentucky, according to the command website.
PR 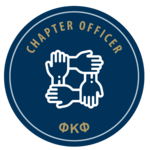 Phi Kappa Phi Members Selected to Serve as Chapter Officers
Phi Kappa Phi members nationwide have been selected to serve as officers for their local chapters. 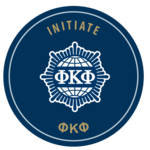 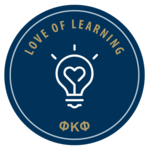 Honor Society - 2019 Sep 16
61 Bloomsburg University Student-Athletes, including Phi Kappa Phi Members, Honored With 2018-19 D2 ADA Academic Achievement Awards
The Bloomsburg University athletic department was recognized by the Division II Athletic Directors Association (D2 ADA) for its work in the classroom as a recipient of the 2018-19 Academic Achievement Awards. In addition to the athletic department being recognized, 61 student-athletes were honored for having at least a 3.5 grade point average, attending a minimum of two years (four semesters) of college level work, and being an active member of their intercollegiate team during his/her last academic year. The number represents an increase of 17 student-athletes achieving the honor from the previous year. "The 61 Husky student-athletes being recognized and honored by the D2 ADA for their academic achievements is telling of the commitment by our coaches and students to the academic rigor at Bloomsburg University," Michael McFarland, Director of Athletics said. "With a focus on competing in the classroom, and in their respective sport, these student-athletes have set a new standard as we continue to recruit the finest students and athletes." A record number of institutions (185) and student-athletes (11,660) were recognized for the 2018-19 Academic Achievement Awards. The Pennsylvania State Athletic Conference (PSAC) led all of Division II with 975 total student-athletes achieving the honor. 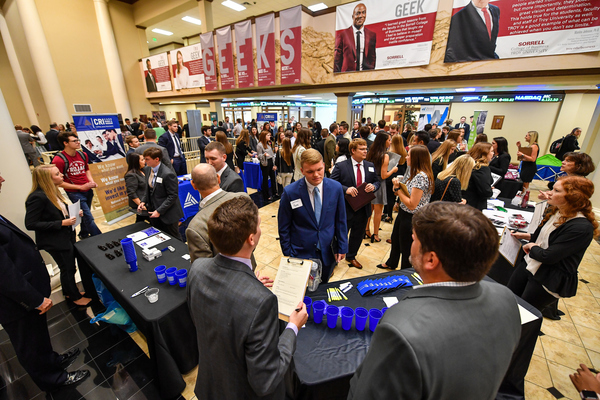 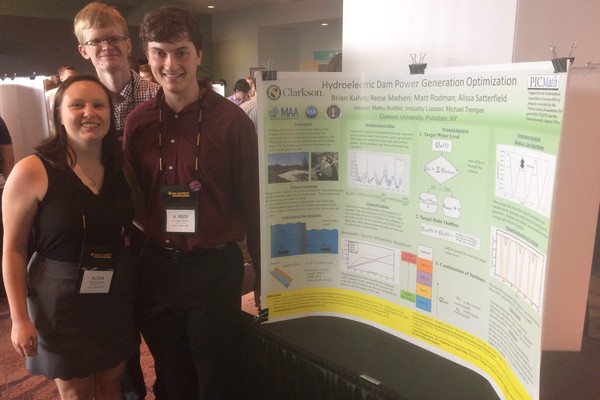 Clarkson Students Present Research About Potsdam Campus at National Mathematics Conference
Four Clarkson undergraduate students presented results of their research at Mathfest, the national flagship conference of Mathematical Association of America (MAA), held in Cincinnati, OH from Jul 31 to Aug 3, 2019. These students were among 15 students, majoring in mathematical and engineering disciplines, that participated in the pilot offering of the Mathematical Consulting class (STAT488), taught by Dr. Marko Budisic, Assistant Professor of Mathematics, in Spring 2019. This class is a part of a nation-wide MAA program, Preparation for Industrial Careers in Mathematics (PICMath) that aims to connect students in mathematical sciences with industrial partners in order to enable students to work on real industry problem, and highlight the range of careers in business, industry, and government that have a need for hiring students with majors and minors in mathematical sciences.
NC 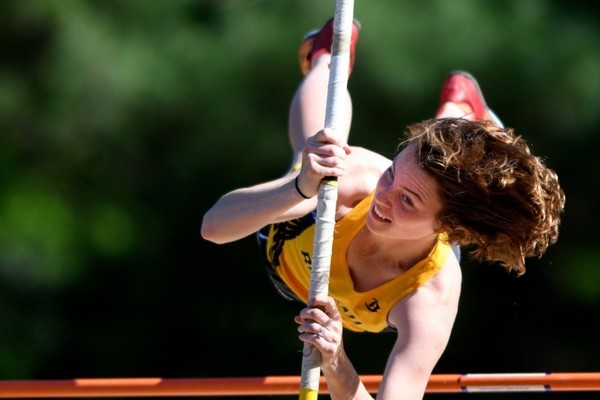 Brenau Track and Field Athletes Receive NAIA Academic Honors
Anita Button, Gloria Clark, Haley Gill and Berlinda Jonah received honors for maintaining over a 3.5 cumulative GPA on a 4.0 scale and must have achieved junior academic status to qualify for this honor. 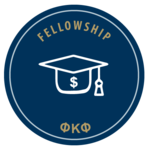 Sydney Sherman Awarded $35,000 Phi Kappa Phi Fellowship
Phi Kappa Phi recently named the recipient of its 1897 Fellowship for 2019. The prestigious $35,000 fellowship recognizes the year the Society was founded at the University of Maine.
SS 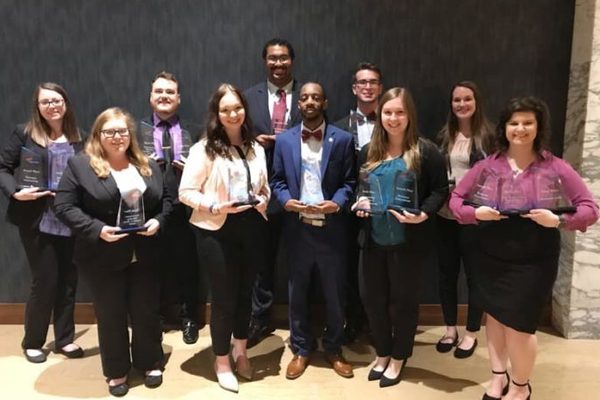 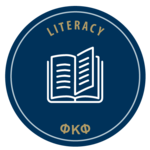 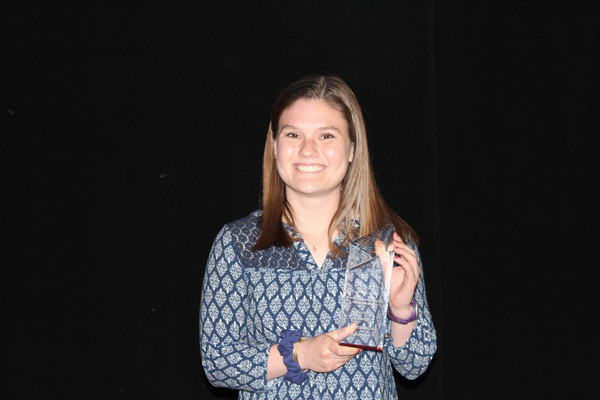 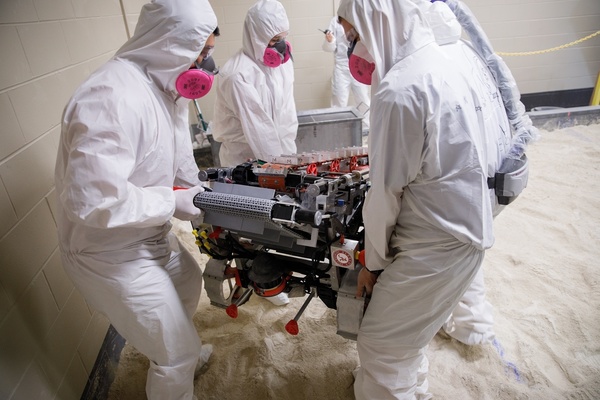 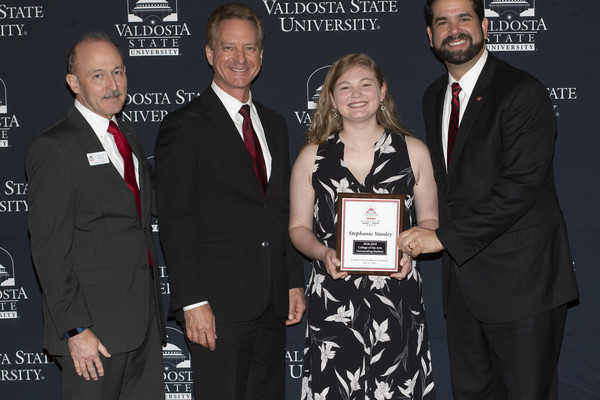 Academic Award - 2019 Jun 6
UA Little Rock announces winners of 2019 Student Research and Creative Works Expo
The winners of the 2019 Student Research and Creative Works Expo at the University of Arkansas at Little Rock were announced during an awards ceremony May 2 in the Student Services Center. Students presented more than 150 research and creative works April 18 in the Jack Stephens Center during the premiere student research event. Student projects were judged on the novelty and clarity of their research, the soundness of their methodology, the potential application of their findings, and the student's ability to explain their project to an expert and lay audience. "This year's expo was bigger and better than ever before, and was part of the first ever Research and Creativity in the Rock (RCR)," said Dr. Abhijit Bhattacharyya, interim vice provost for research and dean of the Graduate School. "The RCR was an ensemble of four different college events and the expo. The presentations - posters, demonstrations and performance - were spectacular. Faculty, family, and friends turned out to celebrate the undergraduate and graduate winners of the expo in a wonderful ceremony on May 2." 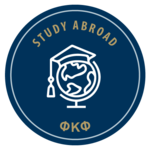 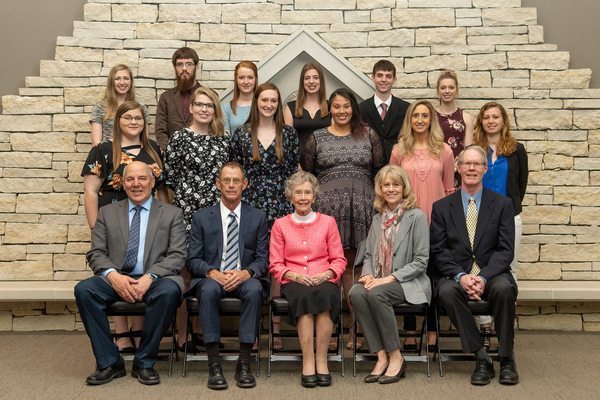 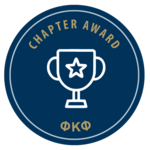